Morley on why we’ll have to look to our past for fun in the future.

I’ve gotta say (again) that I’m not mad about retro car design in all its forms.

Taking an otherwise useful VW Golf and repackaging it so that the vaguely Beetle-esque styling dictates vastly less practicality and spaciousness than the hatchback on which it’s based? Makes me think Bob in marketing might have been practising a bit of astral distancing with the cone-fed COVID mask.

Same goes for a retro car that ignores all the things that made the original so fabulous. That oughta be the antithesis of retro, right? 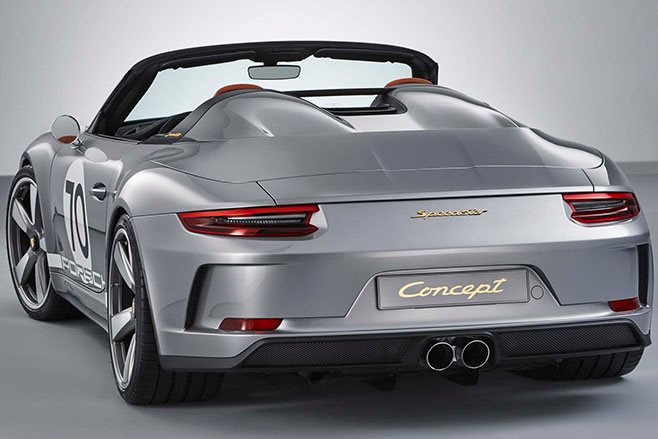 But something tells me right now that the retro movement has a huge role to play if cars are to remain remotely interesting (which is possibly even more important than them remaining politically relevant). See, I am convinced we’ve already lived through the golden age of cars.

Sure, there’s a lot to look forward to in terms of alternative fuels and whatnot, but as far as I can see, we’ve already reached peak tappet-head.

It’s not that I don’t appreciate modern turbocharging tech, and I can see the advantages of current-thinking vehicle packaging. Hell, I even own a car with stability control these days, just in case you thought I was one of those internet nutjobs who won’t wear a mask or vaccinate their kids.

But when I think of purity in motor vehicle design, I’m drawn back to the good old days of high-comp, atmo engines, clutch pedals and wasteful but slinky coupe styling. Dual-clutch trannies and black plastic wheelarch flares? Not so much. So this is where the retro movement has a big role to play in the future.

If, as I suspect, the good old days are now firmly in our mirrors, the only way to make the next generation of cars palatable (if not actually intoxicating) is to draw on the power of retro. As in, they don’t make nostalgia like they used to.

If designers can use a retro look and feel (and smell, if necessary) to provide a mental and/or emotional link between the safe, efficient modern car and the fun-mobile of a few decades ago, then the product has a much greater chance of success.

The new Ford Bronco is (probably) a good example. If that rather handsome, minimalist (but very evocative) styling looks as good in the flesh as it does in the photos I’ve seen, then the Bronco for 2020 will, indeed, mentally transport me back to a time when kids and dogs rode around unrestrained in the backs of utes, and being caught doing a skid earned you a boot up the date instead of a trip to the local scrap-yard to watch your car being crushed.

Not saying things were particularly safe back then, or that we should live like that again, but they were fun times.

That’s what a modern car is going to need to represent. I know that was always the aim of retro, but it’s now more important than ever.

In a COVID-19 world, where we now look set to endure decades of financial grief and what the Greeks call ‘austerity measures’ as capitalism fails us thanks to a brief planetary shut-down, consumer goods that put a smile on your face are going to be more important than ever.

Efficiency, safety, reliability are now all givens in modern car design. So is my ‘Meh…’ reaction to many of them. But fun? Now we’re talking. Fun disappeared from the standard equipment list a long time ago, and, like quarter-vent windows, it’s about time it made a comeback.

Ever walked into a lolly shop and been hit between the nostrils by the sugary smell of your happiest childhood days? Or tuned into a radio station to hear a song that took you straight back to the bedroom of your first rented flat with your first serious partner? That’s what cars of the future are going to have to offer me.

Forget your share-market portfolio, your political correctness, your tertiary qualifications and all the manufactured responses that went with them.

Forget all that shite and remember the time Grandma got into the Blackberry Nip and disappeared backwards off the edge of the verandah with a glass in one hand and a loaded revolver in the other.

And then do your best to relive those good times. And I’ll see you at the next red light. I’ll be the guy revving the manual V8 two-door.